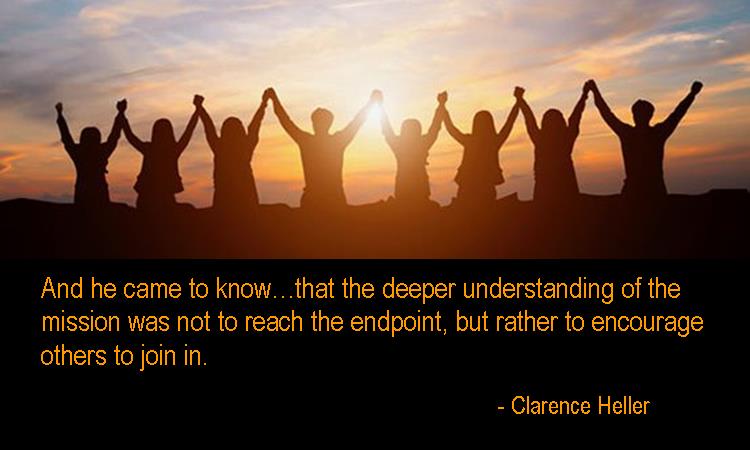 And he came to know more clearly,
over time,
that the deeper understanding of the mission
was not to reach the endpoint,
but rather to encourage others to join in.